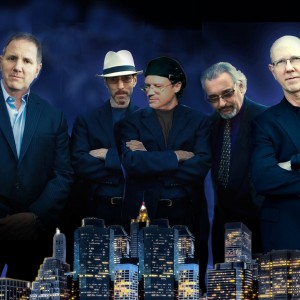 THE HIT MEN, a super group of musicians, vocalists, arrangers and composers who were The Four Seasons with Frankie Valli, will relive the magic they created on world stages for one night at The Palladium.

Not the cast from Jersey Boys, not a Jersey Boys tribute show or a Four Seasons cover band, THE HIT MEN are the authentic rock and rollers whose legacy includes hundreds of mega hit records from the ‘60s-‘80s. They were the Shondells who sang with Tommy James, and they were on the road or in the recording studio with many of the mega-star acts of the time including Carly Simon, Jim Croce, Cat Stevens and Elton John.

The show includes hits like: “Oh What a Night,” “Who Loves You,” “Marianne,” “Silence is Golden,” “Big Girls Don’t Cry,” “Rag Doll” and more great Frankie Valli & The Four Seasons Top 40 hits made even more famous by Broadway’s “Jersey Boys.”

THE HIT MEN also perform many other memorable solid gold hits that they helped make famous – including “Mony Mony,”“Hanky Panky,” “Peace Train,” “Bad, Bad Leroy Brown,” “You’re So Vain” and “You Belong To Me.”

During their show, THE HIT MEN also share great back stories and anecdotes from their days in recording studios and on the concert circuit. THE HIT MEN is a great look back at rock and roll history from the guys who lived and breathed the experience.

The concert is presented by Bill Edwards Foundation for the Arts. Tickets are $35, $45 and $55 and can be purchased through The Palladium’s website, www.mypalladium.org, by phone 727.822.3590 or at The Palladium Box Office, 253 Fifth Ave. N, St. Petersburg. The box office is open noon-3 p.m. Wednesday-Friday or three hours before any Palladium performance.