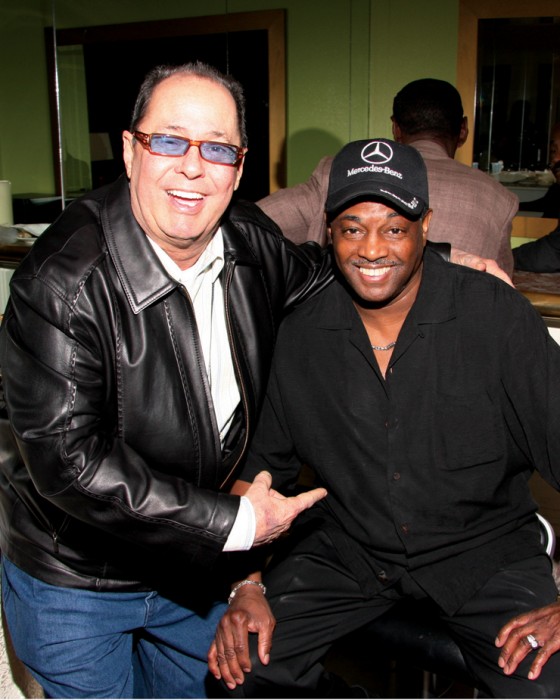 A lot of kids who grew up listening to Kool & the Gang are now grandparents.

The creators of such classics as “Jungle Boogie,” “Hollywood Swinging,” “Ladies’ Night,” “Take it to the Top” and “Celebration” have been entertaining fans for 44 years, one of the longest running groups in the business. The group has sold more than 70 million records and won two Grammys.

Four of the six original members are still together — Robert “Kool” Bell and his brother, Khalis Bayyan and their longtime friends, Dennis “DT” Thomas and George “Funky” Brown. The other original members, Rick Westfield and Claydes Charles Smith, are dead.

“I never knew it was going to be this long,” Kool Bell says during a recent phone interview from Jersey City, N.J. “In the beginning we were just young and having fun and trying to pass our grades and get out of high school — working a lot of clubs in New York, over in the Village.”

Their music is a mixture of R&B, soul, funk, disco and jazz.

“When we started in 1964 we were called the Jazziacs,” Bell says. “In the beginning we were playing mostly jazz, influenced by people like John Coltrane and Miles Davis.”

The group went through several changes as it searched for its identity.

“We changed our name to the Soul Town Band when we were doing backup for the Soul Town Revue,” Bell says. “They were like a little Motown group.”

Eventually the jazz began to blend with R&B and the group changed its name to Kool & the Flames, but that was too much like James Brown and the Famous Flames. So the band went through one final metamorphosis — settling on “Kool & the Gang,” the title of their first record, released in 1969.

Things have changed in the past 44 years.

“It’s tougher in terms of selling records because of the Internet and downloads,” Bell say. “The CD business is starting to crumble.”

And its tougher to get radio airtime for their newer recordings.

“They play from our catalog all the time, but it’s hard to get them to play the newer stuff,” he says.

But one thing hasn’t changed — their live performances.

“People still want to see a good band at a live show,” Bell says. “That’s how we’ve been able to survive. We still do over 100 shows a year and travel all over the world. We don’t sell the records like we used to, but we still work a lot.”

In addition to their touring, they’re developing a reality TV show, based on film made at their worldwide concerts over the past year. “We call it ‘Real Kool TV,’ ” Bell says.

And they’re developing a film based on their early days in the business. “We hope to have that finished by 2010,” he says.

Last year, they released their first album in a decade, “Still Kool.”

“It didn’t get the proper promotion because of what’s going on in the industry,” Bell says. “The downloading, hip hop groups, boy bands.”

They’re working on another album that should be ready for release next year.

“It’s going to be a straight up dance album,” Bell says. “You never get tired of dancing.”