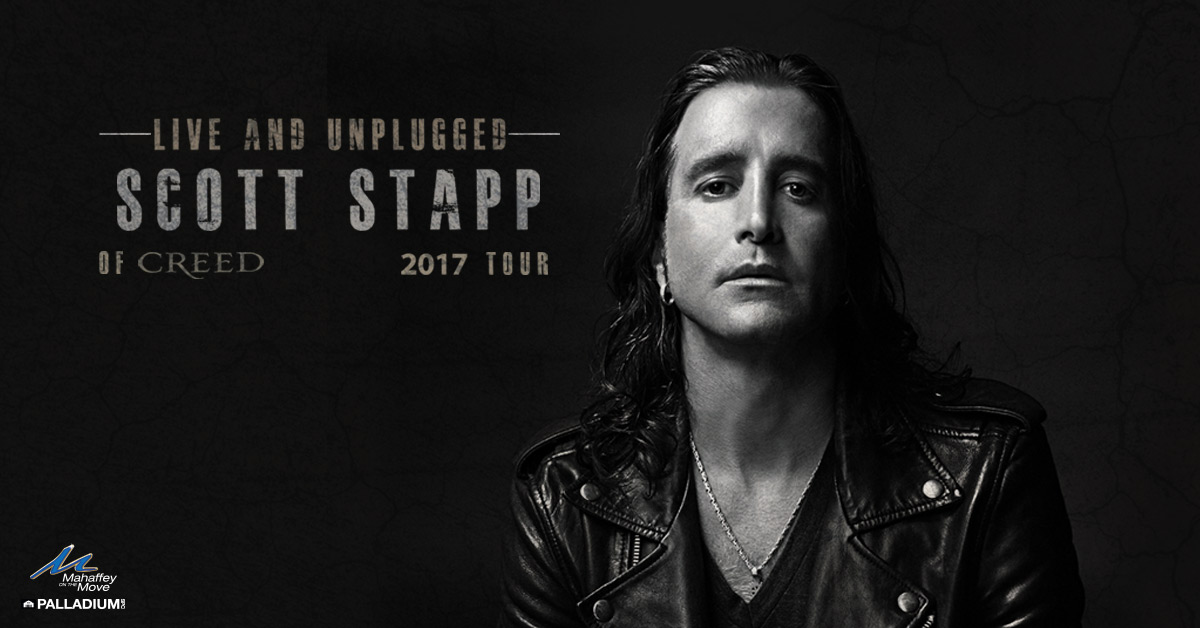 Rock singer/songwriter Scott Stapp brings his “Live and Unplugged” tour to the Palladium!

Inspired by the 20th anniversary of Creed’s My Own Prison, the show offers fans personal and intimate performances that first drew them into the power, angst and raw emotion of the songs on that mega-selling debut album. Reminiscent of MTV Unplugged and VH1’s “Storytellers,” the stripped-down acoustic performances will create an unfiltered environment where the songs will speak, and the lyricist who brought them to life will share behind-the-scenes details of its creation.

Today, celebrating his 20 year career, Stapp reflects how the influence of My Own Prison enriched his journey over the last two decades.
“It still feels like yesterday, the four of us jamming these songs in a basement in Tallahassee, FL., not having a clue that these songs would change our lives forever,” he says. “My Own Prison started it all for us. This was the breakthrough album that started Creed’s career. It still amazes me that I hear songs from this record played on the radio today. I’ll be playing a collections of songs from this record, as well as my entire career to date. Bumblefoot and I even have a couple new Art of Anarchy songs in store for the fans.”