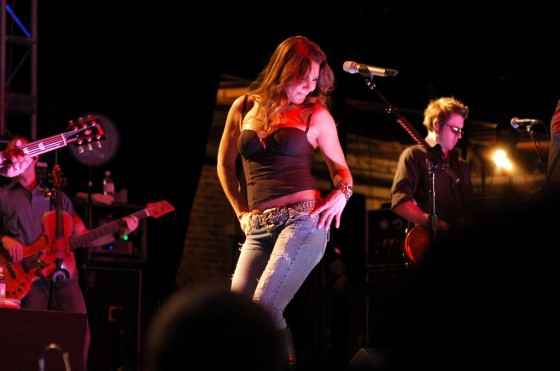 JANNUS LIVE OPENS WITH CONCERTS BY GRETCHEN WILSON AND .38 SPECIAL

ST. PETERSBURG — The wait is over. Jannus Live, a new and vastly improved version of Jannus Landing, opens its gates for a March 26 show by classic rock legends .38 Special and Molly Hatchet on Friday, March 26, followed on Saturday, March 27 by a concert with country superstar Gretchen Wilson.

They are the official concerts of the Honda Grand Prix of St. Petersburg, held March 26-28.

.38 Special, formed in 1975 in Jacksonville, have become a classic rock institution. The band, fronted by singer Donnie Van Zant, scored three major hits — “Hold on Loosely,” “Caught Up in You” and “Second Chance” — that have become staples of classic rock radio. The group’s mixture of pop hooks, vocal harmonies and spirited guitar interplay have made them a concert favorite for more than three decades.

.38 Special still plays more than 100 shows per year. And at every one of them, thousands of audience members are completely blindsided by the power and muscle of the band’s performance. “When we come out, people are like, ‘Whoa!’ It’s like a freight train rolling over them …” says vocalist/guitarist Don Barnes.

Making the show a bona fide southern rock throwdown is the addition of Molly Hatchet as special guest. Also formed in ’75 in Jacksonville, Hatchet have carved out an enduring reputation as hardcore road warriors who bring down the house at every show. Their 1978 album Flirtin’ With Disaster went double platinum and the title track has become a southern rock classic.

Gretchen Wilson, who took the country scene by storm with her exuberant 2004 anthem “Redneck Woman” — which spent six weeks at No. 1 — is one of the most popular performers of the last half-decade. Her feisty, regular-gal personality, plus her lusty voice and houserockin’ stage shows, have made Wilson one of country music’s top hitmakers and concert draws. Her Jannus Live show coincides with the March 30 release of her highly anticipated new album I Got Your Country Right Here, on her own Redneck Records label.

Each of Wilson’s three albums reached No. 1 on the country charts. Her five-times-platinum debut, Here for the Party, earned her across-the-board awards: a Grammy and ACM, CMA and AMA prizes.

The concerts are being promoted by Bill Edwards Presents, a partner in the new Jannus Live. “I am so very excited about how this venue will bring this part of town into a whole new dimension of entertainment,” Edwards said. “My partner Jeff Knight and I look forward to making Jannus Live everyone’s destination for quality concerts and entertainmen