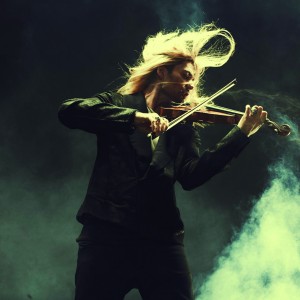 The visionary composer/musician has made a name for himself combining classical elements with pop, rock and R&B. Garrett got an early start in music at the age of 10 on stage with the Hamburg Philharmonics. At age 13, he became the youngest artist awarded an exclusive contract with the classical German label, Deutsche Grammophon Gesellschaft, and in 1999, at the height of his career, he moved to New York to study musicology and composition at the prestigious Julliard School of Music.

Garrett studied with Itzhak Perlmann and began his distinctive rise as a composer, winning the music school’s renowned Composition Competition with a fugue written in the style of Johann Sebastian Bach. Since completing his studies, the violinist determined his goal of introducing young people to the classics and kindling enthusiasm for serious music. Combining classical elements with those of pop, rock and R&B is a means to this end.

This musician’s albums show his world class abilities: 2007, Virtuoso, redefining standards in the classic and crossover scene; 2009, Classic Romance, a very personal CD centering around Mendelssohn’s Violin Concerto accompanied by seven small works from the Classic and Romantic periods that won Garrett the ECHO Classic 2010 for “Bestseller of the Year” and the 2010 Rock Symphonies for which he won two ECHO awards.

The DVD David Garrett: Rock Symphonies – Open Air Live won for “Best Domestic DVD Production” and “Best Artist” in the Rock/Pop Domestic category. Garrett’s most recent album, Legacy, reached No. 6 on the overall charts in Germany, the highest-ranking instrumental classical album in German chart history and reached gold status in January 20123. It features the Beethoven Violin Concerto, which Garrett considers “the ultimate masterpiece of the violin repertoire” plus works by Fritz Kreisler.

Whether playing Bach or Nirvana, David Garrett , now 32, continues to wow his listeners.

Tickets are $30 and $40 and can be purchased through The Palladium’s website, www.mypalladium.org, by phone 727. 822.3590 or at The Palladium Box Office, 253 Fifth Ave. N, St. Petersburg. The box office is open noon-3 p.m. Wednesday-Friday or three hours before any Palladium performance.