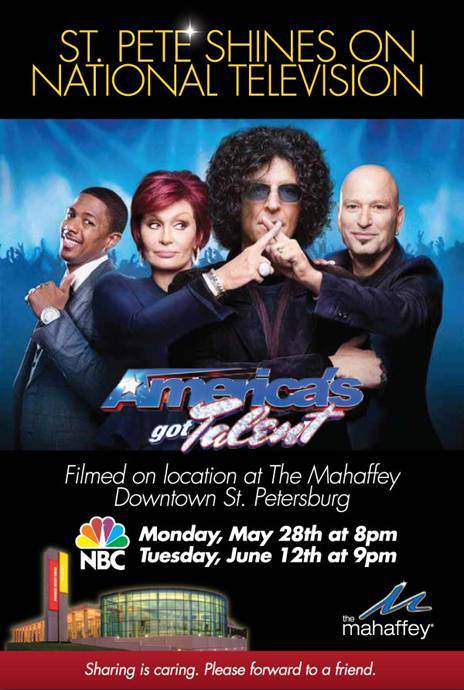 Celebrate St. Pete: Set the TV to ‘America’s Got Talent’!

Catch the ‘best of St. Pete’ on America’s #1 televised talent competition ST. PETERSBURG, Fla. (May 21, 2012) – Be sure to watch later this month as The Mahaffey, St. Petersburg’s crown jewel, makes its national debut on the NBC hit summer television series, America’s Got Talent! The show will air in two parts – Monday, May […]
Read More
Load More
Contact Info
Pages
Social